Full Name
Warren Moore
Job Title
Vice President, Social Determinants of Health Actions
Company
Walmart
Speaker Bio
Warren J. Moore, was born and raised in Memphis, TN and attended Purdue University on a full athletic scholarship (1996 to 2002) where he received his Doctor of Pharmacy Degree. Upon graduating, Warren went to work for Walmart Stores, Inc. in Indianapolis, IN as a practicing pharmacist. His career progression took him from Staff Pharmacist to Assistant Pharmacy Manager then eventually Pharmacy Manager. After 4 years of practicing as a pharmacist, Warren’s career then ventured into management.
In his last role as Vice President of Neighborhood Pharmacy Operations, Warren has responsibility for overseeing day to day operations for 690 pharmacies across the US.
In June of 2020, Warren was asked by Walmart’s CEO Doug McMillon to lead the company’s Health Shared Value Network, with the goal of creating better health outcomes for the Black and African American Community in ways that are embedded in how they conduct everyday business. Based off Warren’s history of high performance with the company and his success in leading the SVN, Warren was recently promoted to a newly created role as Vice President of Social Determinants of Health Actions where he is creating a new line of business focused on achieving health equity in the areas of Food and Nutrition Security, Maternal and Infant Health, and Prevention & Treatment of Cardiometabolic Diseases.
Over his 20-year career, honors include being selected as Regional/Divisional Community Pharmacist of the Year, Regional/Divisional Pharmacy District Manager of the Year, Health and Wellness Leadership Award Recipient, and Purdue University College of Pharmacy Distinguished Alumni Inductee.
Warren currently serves on the Walmart Political Action Committee Advisory Board, and has previously served as an Officer Sponsor for the Walmart Associate Resource Group inAble which focuses on including people of all abilities.
Outside of work, Warren serves on the Purdue University College of Pharmacy Dean’s Council, and sits on the Board of Directors for Sunshine School and Development center in Rogers, AR.
Warren’s career has afforded him the opportunity to live in Indiana, Louisiana, Arizona and now Arkansas. He is married to Aneasha (Walmart Pharmacist) and has 4 daughters Aerial Charece, Aubree LeeAnn, and twins Addison Janae and Arren Jenel. His hobbies included watching sports, hacking up the golf course, binge-watching shows, grilling, and spending time with his family on their RV adventures. His long-term goal is to retire at 55 years of age because he believes life is full, and there is so much to experience.
Speaking At
Panel One: Bridging the Gap 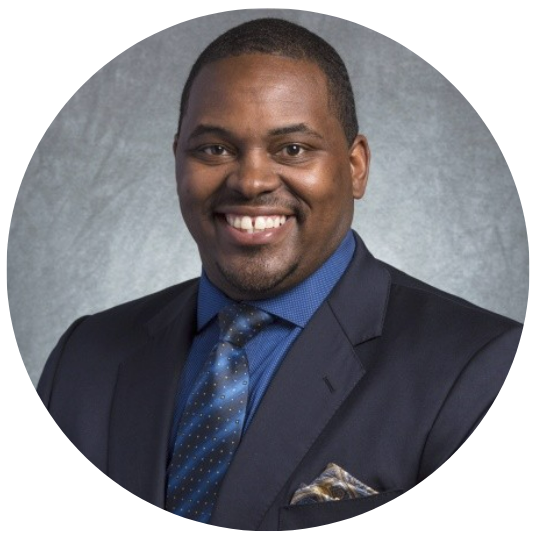